THE LOVABLE LIBERAL IS BACK! 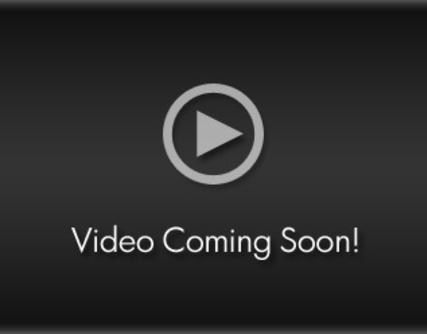 You won't know if you don't listen!

Thank you for contacting us! If needed, you will hear back within 48-72 hours.

"You won't know if you don't listen!"

GIVE THE GUY A BREAK!

It's clear that no matter what President Obama does, he can't win with the Fox/talk-radio crowd.  Whether it's "he's bashing Christians" by citing actual history at the Prayer Breakfast, or it's "he won't say 'Islamic'" so he isn't serious about fighting terrorism, or it's some other ridiculous generalization based on nothing more than petty politics, and too often racism.

Statistics from the CBO make clear that this President's tenure has seen a turnaround in the economy -- we were losing half-a-million jobs a month when he took over and the stock market was less than half of what it is now.  So much for Obama's desire to destroy capitalism.

We Americans are entitled to a Congress that actually represents us, all of us - not just those who agree with some meme of the day.

THE MORE THINGS CHANGE, THE MORE THEY STAY THE SAME

The recent elections were about nothing - no policy suggestions, no agenda, no clear rationale for what our votes might lead us to expect over the next two years.  The Republicans ran against the President, the Democrats ran away from the President.

Now, with GOP control of the House and Senate looming, the first agenda we are now made aware of is the possibility of shutting down the government once again if the GOP doesn't get its way, or if the President does anything they don't like.  On immigration, for example, the President has said that if Congress continues to fail to act, he will take whatever legal executive action is available to him, and the GOP, which needs Hispanic votes - including those of conservative Hispanic Republicans - to ever win back the Presidency, is already talking impeachment.

In spite of protestations from Sen. McConnell, who will in January become Senate Leader, that there will be no government shutdown, already the conservatives are saying McConnell is being too conciliatory and that they will tie their priorities to any budget bill so that the President is forced to either veto it ("See, he's shutting down the government!") or be forced to accept policies having nothing to do with the budget but which will once again be used as leverage.

Is this any way to run a government?  Are Republicans already showing they don't have the ability to govern rather than keep playing political hardball?  Is this what we voted for???

WHAT PART OF DEATH WITH DIGNITY DON’T YOU UNDERSTAND?

We don’t know how to talk about death and dying very well. We avoid it like the plague. We somehow think when the time comes we’ll be ready to deal with it. We hold spiritual views that equate suffering with growth, assume family or friends will be there for us regardless of past offenses, or we think we’ll get hit from out of the blue and not have to know. As Walter Matthau tells Jack Lemmon in "Grumpy Old Men," upon hearing that a friend passed away in his sleep, “Lucky bastard!”

From a legal standpoint, just as the government has an ever-increasing interest in protecting life at the beginning of the continuum of life -- from no involvement in the first trimester of pregnancy to great interest as a fetus reaches viability, so it also has an ever-diminishing interest in preserving life at the other end of the spectrum. A few states now allow doctors to ease the suffering of a terminally-ill person by prescribing the means to hasten death. Many of those patients never use those drugs, but all report a sense of comfort in knowing they have the choice, whether they opt to use it or not.

In most places in our country, there is no such choice. In fact, even though we are allowed, legally, to indicate what treatment we would want to have or to refuse, like being artificially kept alive on machines, most people never even make those preferences known, and are thus at the mercy of medical decisions and protocols, or of family members agreeing -- not always the case. And while others debate your fate, you may be lying in a hospital bed suffering with no say in what happens.

Death with dignity is not the same as suicide.  Charlotte Ross, a former associate who once worked with the State of California to prevent suicides, especially among young people, perhaps put it best: “Suicide is when you take your own life when you still have life to go. Assisted dying is when you hasten a process that has already begun.”

The bad news? None of us is getting out of here alive. The best we can do is think about, talk about, and communicate our own feelings about how we want to live and under what circumstances we would prefer to hasten the dying process when it has already begun, to minimize suffering, and to leave our loved ones with last images of us at peace, not in pain.

IF YOU WERE ARRESTED, WOULD YOU LOSE YOUR JOB?

Let’s say you’re in an important position in a corporation. You get pulled over for drunk driving one night. You’re arrested, indicted, and sentenced to a diversion program and some hours of community service at the local alcohol-treatment facility. You successfully complete your “sentence.” At which point in that process should your employer suspend you? Terminate you? Should your job be held open until you’ve completed all of your obligations? Or would your job continue while you work your way through the process without involvement on the part of your employer?

Way back in 1979, I was part of a start-up organization with an employee policy that was based on wanting to keep our most valuable employees working, and thus providing them with an environment that would support them through difficult personal issues. We instituted a “wellness” program, when they were just beginning to be discussed, as a company benefit. We made sure employees with substance abuse problems could get rehab help without losing their jobs. We provided a trained Employee Relations Specialist to intervene, in the workplace, whenever there was a complaint about harassment or sexually inappropriate conduct. Our company offered seminars on health-related issues, and all employees knew, from the date of their hire, that we valued them and would support them through both personal and professional difficulties. Did we ever have to fire someone? Sure. Did they always receive due process? We tried. And did we have dedicated employees, who to this day remember that company as one of the highs of their working life? Yes.

In the case of abuse and battery within one’s home or intimate relationship, immediately firing someone who is arrested, without a conviction or the chance to fight to clear one’s name and reputation, may actually be to the detriment of the partner who was abused. If your spouse is going to lose his job, and perhaps the only source of support for you and your children, mightn’t you keep your mouth shut and not even call for help? People with anger issues or who believe “sparing the rod” does indeed spoil the child, or those who need to keep others subjugated in order to assuage personal insecurity issues, all need help. Not everything that happens behind closed doors should be separated from community concern or involvement.

The NFL should take the recent cases of “domestic” violence seriously. They should already have in place policies to support their players, valuable employees, if and when they need it. The league should have made clear the circumstances under which any player, or other employee, could face either suspension or termination. And the league should proactively be putting forth models of the kind of conduct they expect from anyone who works for them. Given their revenues, they should be sponsoring give-away ad time to run inspiring messages, perhaps as a counterbalance to those beer ads that make women into sex objects. While calling for loss of advertisers as a punishment for not acting decisively enough may be satisfying to those of us outraged at what looks like wrist-slapping for serious offenses, we should also ask what kind of policies those advertisers have in their own organizations.

Maybe the current problems are a good and timely wake-up call for all of us. We don’t need to see the pictures to know there is a pervasive problem that cuts across all socioeconomic lines. The question is whether we are structuring our institutions to help or just to punish.

WHAT ARE WE SO AFRAID OF?

Ours is a resilient nation, a people determined to keep trying to get it right, and so sure of our values that we fail to understand why everyone around the world doesn’t see that if they would just do it our way…

So what are we so afraid of? We’re afraid of losing our cultural identity if too many people from other cultures “invade” us. We’re afraid of whatever horrendous pictures get the most prominence and can be quickly polled for the “public” reaction, therefore requiring immediate political posturing. We’re afraid “those people” (categorized by religion, or race, or ancestry, or something that differentiates “them” from “us”) want to take over our cave and drag our women off by the hair and take our warm pelts and turn us out into the wilderness where all the scary animals are.

We’re afraid we’re losing what we think we remember as the values of “the good old days” which actually weren’t so great – especially if you were female, or black, or Chinese, or poor, or homosexual, or anyone else occasionally classified as “the other.” We’re afraid because so many sources tell us we should be: cable television, radio talk shows, overcautious parents, ”the sky is falling” alarmists, political consultants, focus groups, tweeters.

We do have enemies, personally and nationally. And just because you’re paranoid doesn’t mean they aren’t after you. And yet, we live in the most prosperous, productive, secure experiment in self-governance in history. And the trajectory is forward.

We’re not the first and probably won’t be the last to attempt such a noble human experiment, but on balance the only thing we should be afraid of is of not living up to or fully appreciating the stage of evolution we’ve managed to reach. We may be barely out of the slime, but we live in interesting times.

Now if we could just stop killing each other.